Changes in the consumption of olive oil and table olives in overall consumption have been reported. Below, you can consult official data 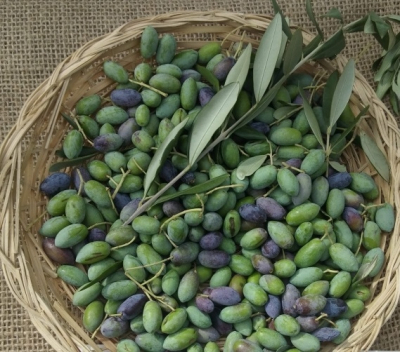 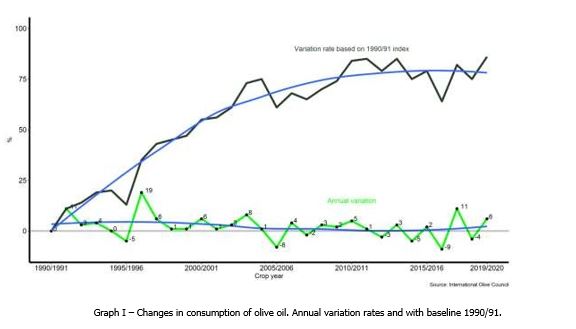 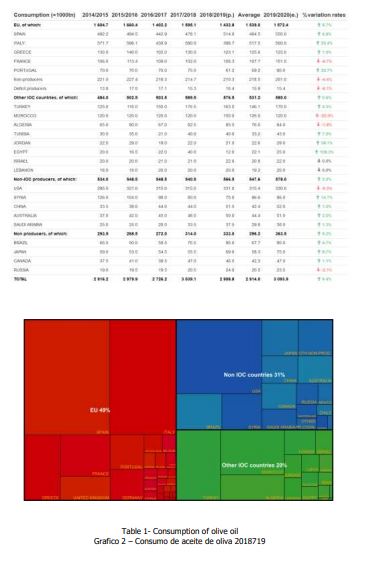 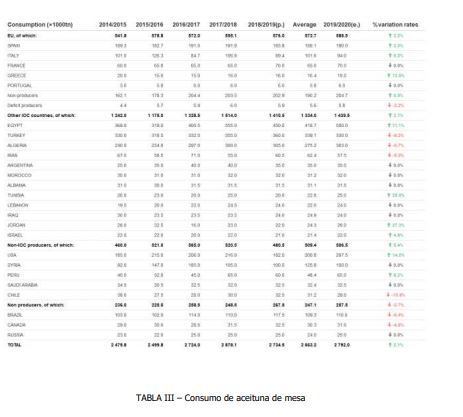 Albania was the highest per capita consumer in 2018 with 10.9kg, followed by Algeria. With a population of 42 million, Algeria consumed a total of 305 000 t, or 7.1kg per person, followed by Egypt with 5.6kg, Turkey with 4.3kg and Lebanon 3.6kg. The remaining countries consumed below 3 kg per capita

As for non-member countries, Syria leads with an impressive 6.2kg. Peru and Chile are next, with 2kg and 1.6kg respectively, while Australia, Saudi Arabia, Canada, Switzerland, the United States, Iraq and Brazil consumed between 0.5kg and 1kg.

In the first month of the current crop year (2019/20), extra-EU imports increased by 3% compared to the same period the previous crop year [1]. 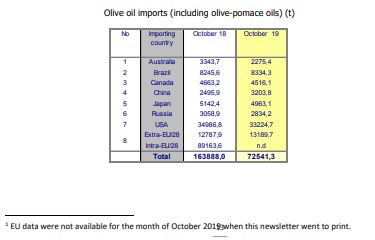 Extra Virgin Olive Oil – Producer prices in Spain in the fourth week of December stood at €2.15/kg, a 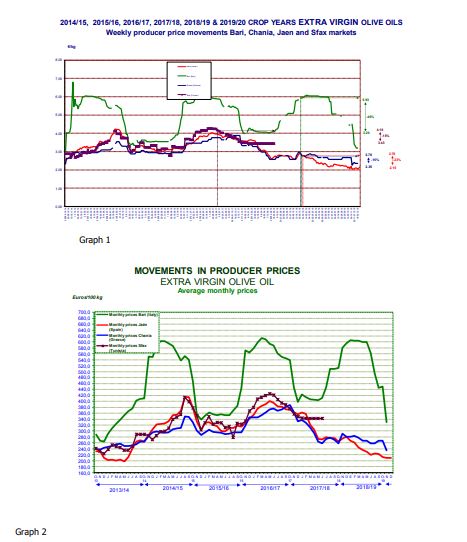 Refined olive oil: Prices in Spain stood at €1.90/kg in the fourth week of December, a fall of 21% compared to the same period the previous crop year. Data for Italy have not been available since late December 2017, when they had risen by 4% to €3.56/kg. 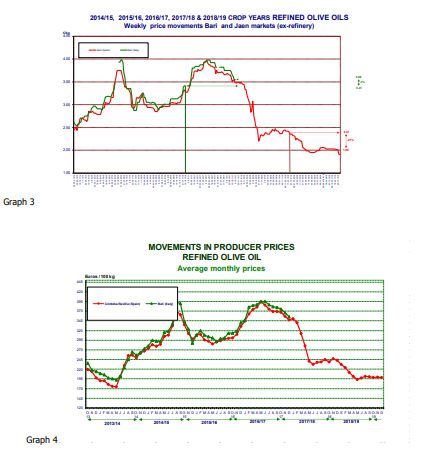 The opening photo is by Fabio Lazzari