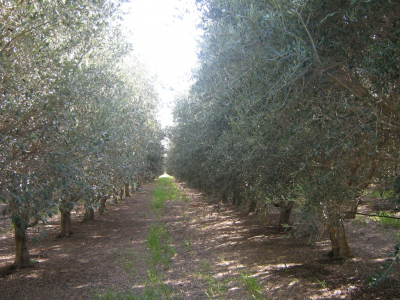 At the invitation of the Argentine authorities, the 107th session of the Council of Members was held from 18 to 21 June 2018, in Buenos Aires (Argentina). In this session, and as part of the business of the Economic and Promotion Committee, updated figures of the olive oil and table olive balances of the 2016/17 and 2017/18 crop years were analysed.

After the meeting of the Council of Members, on 22 June 2018, the International Olive Council (IOC) and the Argentine authorities held an international seminar on the olive oil sector in the Americas. This brought together more than 200 representatives, both from IOC member and non-member countries, with a strong representation from the main olive growing countries in the American continent, including representatives from Brazil, Bolivia, Chile, Colombia, Mexico, Peru and the United States, in addition to the IOC Members Argentina and Uruguay.

The seminar was opened by Luis Miguel Etchevehere, Minister of Agro-Industry, and Horacio Reyser Travers, Secretary of State for International Economic Relations of the Ministry of Foreign Affairs and Worship. The IOC Chairperson, Rubén Eduardo Tempone – in 2018, the presidency of the IOC is held by Argentina – welcomed all the participants, thanked the IOC for choosing his country for the organisation of the seminar and, among other subjects, highlighted the importance that olive growing had acquired in Argentina in recent years. The Executive Director of the IOC, Abdellatif Ghedira, thanked the authorities for their invitation, highlighting the importance of Argentina as a Member of the IOC in promoting links with countries in the Americas. The opening ceremony was brought to a close by the Chairperson of the Argentine Olive Federation, Julian Clusellas.

The Deputy Executive Director of the IOC, Jaime Lillo, moderated the various sections of the programme, beginning with the discussion of the main activities of the IOC, which had been at the service of olive growing for almost sixty years, working in the areas of olive oil chemistry, standardisation, nutrition and health, olive growing, olive oil technology and environment, and economy and promotion. The seminar was an opportunity for the IOC to make the Latin-American olive sector aware of its activities and for this sector to have a global vision of olive growing, and contribute and participate in discussions on quality, olive oil chemistry, technology and environment in the forum provided by the IOC.

The National Director of Agriculture and Head of the Delegation of Argentina to the IOC, Ignacio Garciarena, moderated the round-table discussion on the current situation and outlook of the olive oil and table olive sector in the Americas. The participants included experts from the countries with the highest production and consumption of olive products: Argentina, Brazil, Chile and the United States. They considered production and consumption potential and the challenges relating to the protection of quality, in addition to the IOC’s contribution to the development of the olive sector in the Americas and the need to continue working with the American olive oil sector.

In the afternoon session, Dr Miguel Ángel Martinez-González gave a presentation on the scientific evidence of the health benefits of olive oil and its action in the prevention of chronic diseases such as diabetes, cancer, Alzheimer’s, depression and cardio-vascular diseases. Dr Mónika Katz also participated in the session with a stimulating presentation on nutrition and eating behaviour.

The last section of the seminar was presented by Argentine experts from official tasting panels recognised by the IOC in that country, who considered the sensory analysis of extra virgin olive oil and the characteristics of each area of production.

All the presentations were followed by debates on each of the subjects. The Seminar was followed by a tasting session of extra virgin olive oils.