The Probiolives Project. Research on table olives has shown that the consumption of this product can strengthen consumers’ natural immune systems 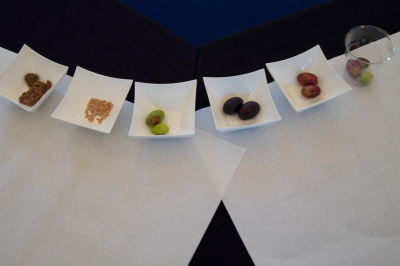 Table olives could be the main fermented probiotic vegetable product sold in the future. The latest data provided by researchers from the Probiolives Project shows that some of the lactic acid bacteria (LAB) generated in the fermentation of table olives have better results than other forms of bacteria that have been recognised as probiotic microorganisms and that are currently used in many milk products.

From a nutritional perspective, a normal daily intake of olives, which would be of 25–28 g (approximately seven olives), has an energetic value of 37 Kcal. Those calories mainly come from the olives’ fat contents, 82% of which is monosaturated – the same healthy fat as is found in olive oil.

The regular consumption of olives also helps provide the daily recommended fibre intake; they are a source of oleic acid and they provide carbohydrates and protein.

Olives also contain minerals such as sodium, iron, calcium and magnesium, which are particularly important for those who practice sports given their action on muscle contractions and nerve impulses.

One of the main nutrients in table olives are polyphenols and provitamins A and E, the antioxidant properties of which act against oxidative processes that occur in the practice of sport, affecting both performance during exercise and during the recovery period.