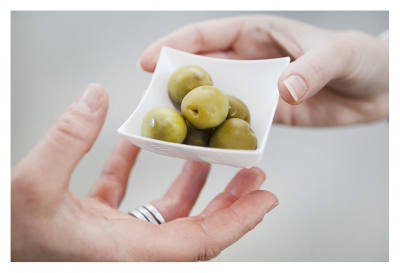 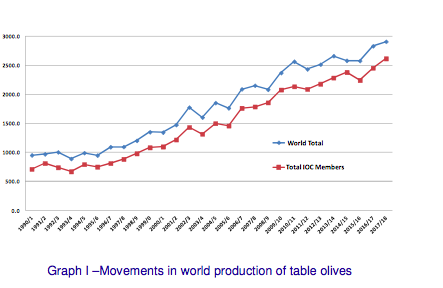 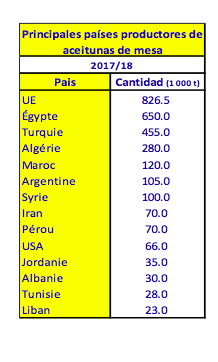 increase by 4 % compared to the previous crop year, to reach 2 953 000 t. European producer countries will see an overall decrease of 11% due to the fall in production in Spain, which is expecting a harvest of 521 500 t, down by 12% compared to the previous crop year.
On the other hand, Greece is set to increase its production by 31% and Italy by 20%. An increase in production is also expected in other member countries, such as Egypt and Turkey, which are forecast to have a record crop year with 650 000 t and 455 000 t and increases of 30% and 14% respectively. Production in Argentina, Israel, Jordan, Morocco and Tunisia is also expected to increase, while it will decrease or remain constant in the remainder of countries. In other producer countries, compared to the same period the previous year, production is expected to increase in the United States by 9% and in Mexico by 11%, but to decrease in Syria by 47% and in Peru by 1%.

World consumption of table olives. World consumption of table olives is 2.86 times greater than 30 years ago, increasing by 186% over the period 1990/91 – 2017/18. Graph I tracks these movements, showing the greatest increase in consumption in IOC member countries, which are the main producers and over the last few crop years account for more than 70% of world consumption. Countries that stand out for increased production have also seen a strong rise in consumption. In Egypt, consumption has risen from 11 000 t in 1990/91 to its projected consumption for 2017/18 of 450 000 t; in Algeria it has risen from 14 000 t to 289 000 t and in Turkey from 110 000 t to 355 000 t. The European Union has also seen its overall consumption rise from 346 500 t to 585 000 t. Increases in other countries are less pronounced. Graph II shows consumption estimates for the 2017/18 crop year. Over the last five crop years, four markets (European Union, followed by Egypt, Turkey and the United States) account for 57% of world consumption. 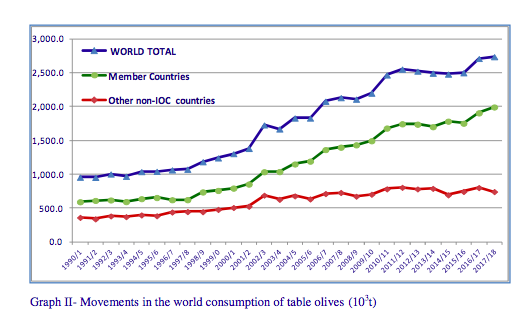 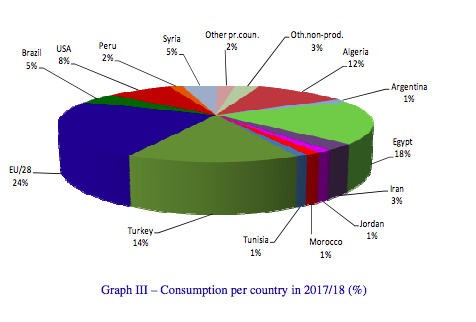 Research. According to research, the consumption of table olives can strengthen the natural defences of consumers. Table olives could become the main probiotic fermented vegetable product on the market in the future. The latest figures provided by researchers of the Probiolives Project show that some of the lactic acid bacteria generated in the fermentation of table olives provide better results than other bacteria already recognised as probiotic microorganisms and which are currently used in various dairy products. The regular consumption of olives contributes to meeting the recommended daily amounts of fibre; olives are a source of oleic acid and they contain carbohydrates and proteins. Olives also contain minerals such as sodium, iron, calcium and magnesium, which is of particular importance for people who practice sports in relation to muscle contraction and nerve impulses. One of the main nutrients in table olives are polyphenols and the provitamins A and E, which have anti-oxidant properties that help provide a defence against oxidation processes that occur during sport, affecting both performance during exercise and in the recuperation period.