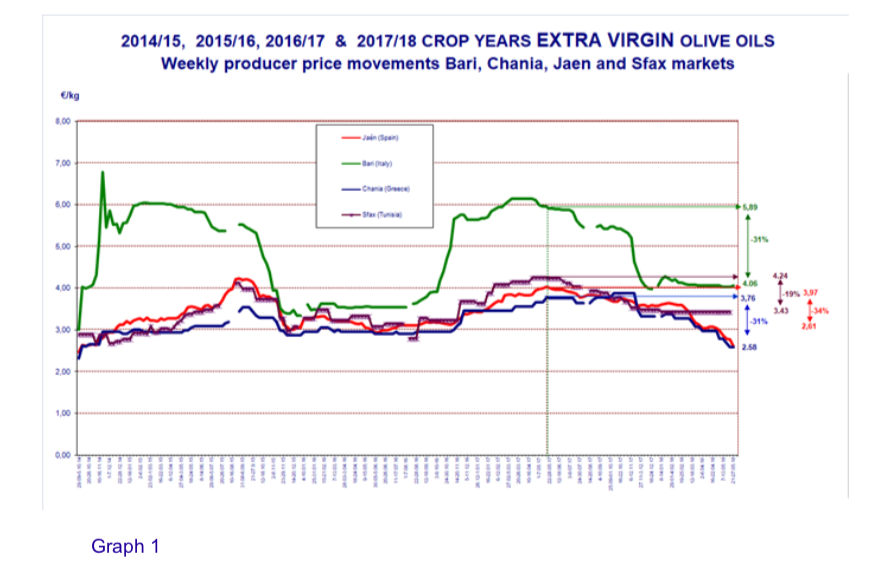 Extra Virgin Olive Oil – Producer prices in Spain decreased over the last few months, coming in at €2.61/kg at the end of May, which is a 34% year-on-year decrease (Graph 1).

Italy – Following a sharp fall to below €4 in mid-December 2017, prices in Italy have remained stable in recent weeks, coming in at €4.03/kg at the end of May 2018, for a 32% decrease compared to the same period the previous year. Graph 2 shows the monthly price movements of the extra virgin olive oil category in recent crop years.

Greece – Prices in Greece have fallen in recent months but have remained stable in the last few weeks, posting at €2.58/kg at the end of May, for a 31% year-on-year decrease.

Tunisia – Prices in Tunisia have also remained stable in the last few weeks, standing at €3.43/kg at the end of May for a 19% year-on-year decrease. 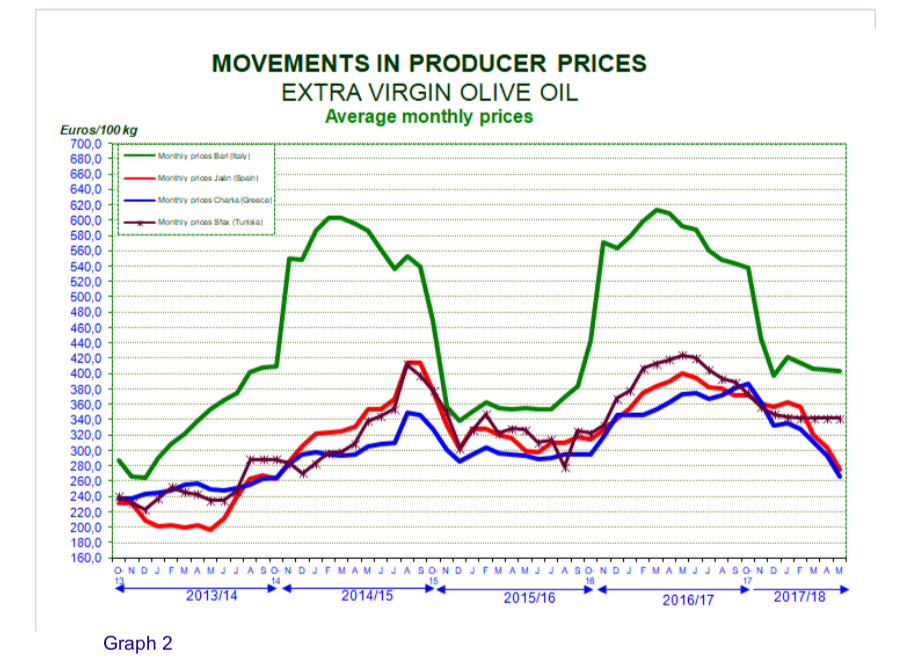 Refined olive oil. Producer prices for refined olive oil in Spain and Italy generally follow the same trend as the prices for extra virgin olive oil. The price in Spain fell sharply and came in at €2.20/kg at the end of May 2018, dropping by 44% compared to the same period the previous year. In Italy, data for this category of oil have not been available since the end of December 2017, when they stood at €3.55/kg, up by 4% compared to the previous year. No price data are available for this product category in Greece. 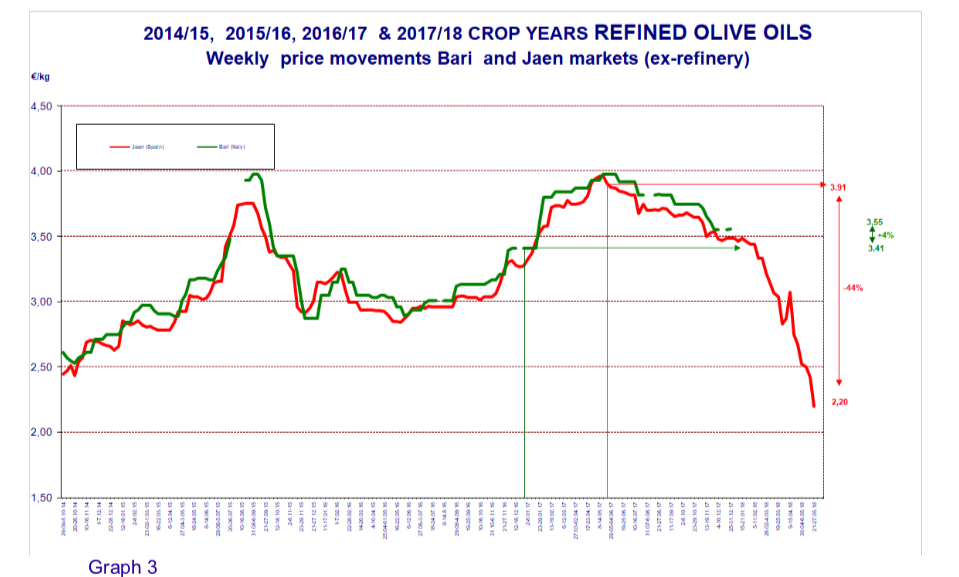 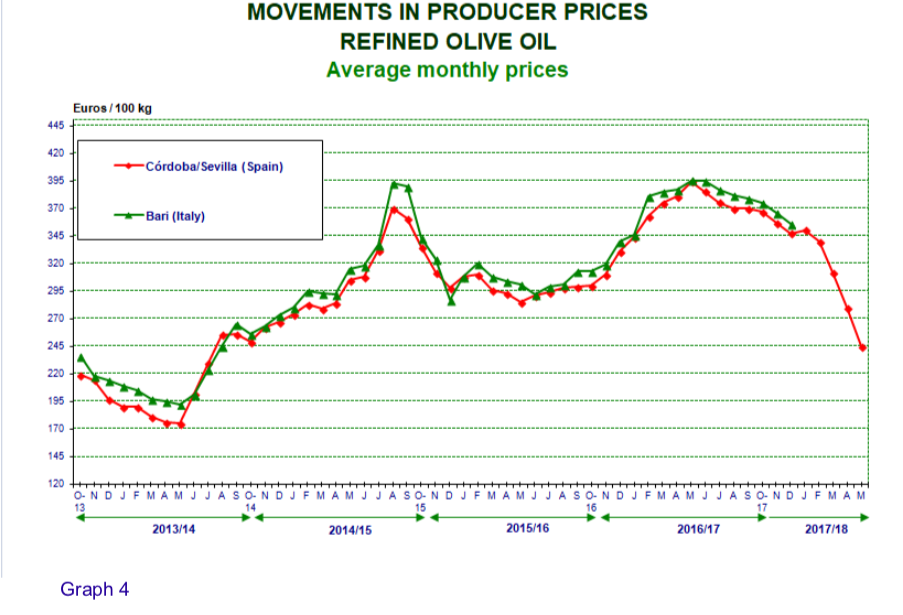