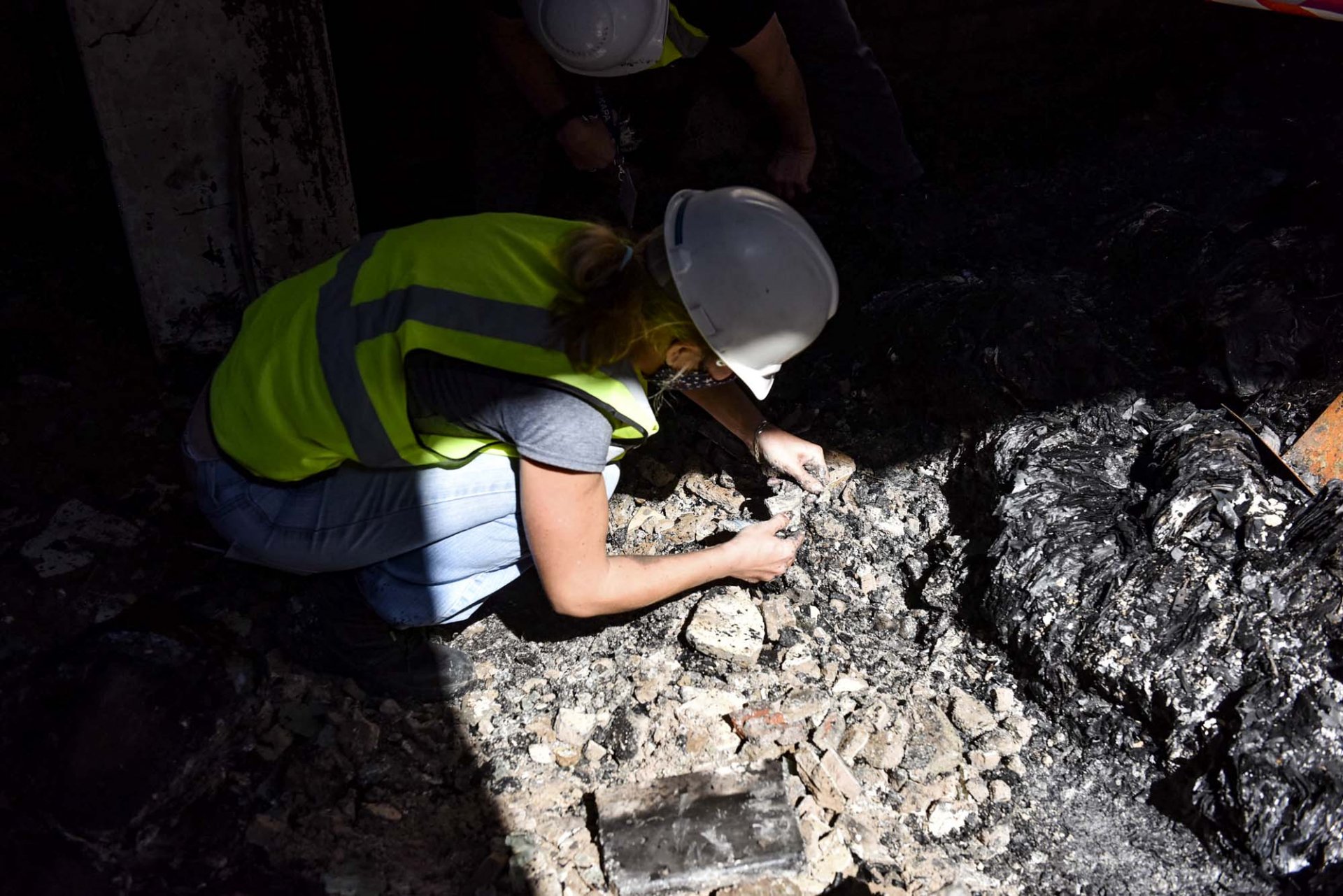 The flammable archive, the incendiary idea of the archive: fire in the African Studies and Special Collections of the University of Cape Town

The first reports said it started at the hearth of a homeless encampment, but that is a default and well-worn accusation. It’s an important one to this account, however, so I start there too. It is true that in this vastly unequal society – city, nation – there are those who live in makeshift poverty on the slopes of Cape Town’s world-famous Table Mountain, and that periodically their fires grow out of control.

But there are any number of other sources of fire, from cigarettes to arson, which afflict the flammable vegetation of these parts. Indeed, the vegetation – the fynbos– is itself a biological treasure, second only in numbers of species to the Amazon Basin, and it is fire-regenerated.

But not according to the periodicity of fire in the Anthropocene intervention. It, too, is vulnerable, though it will regenerate faster than library holdings or even buildings. Whatever the case, the fire stated on the slopes of the mountain and seemed innocuous enough at first, but then spread to the dead timber of pine trunks logged and lying in the grass – both pines and grass invasive species – and generated its own rate of burn and with it a wind carrying it towards the south.

There it razed a restaurant on the mountain slopes and blew up the gas tanks. It came downslope, vaulting from pine tree to pine tree and travelling in the fallen trunks, now dusty as tinder.

Investigations have yet to establish how it leapt the Engineering buildings at the top of the University of Cape Town’s campus (sensibly, the gas tanks there were severed from the conduits in the buildings they serve, but they did not catch fire anyway).

The best scientific theories lean on the transmission of embers across the updrafts of the heated air, the wind the fire generates on its own. Soon it was burning in the Virginia Creeper that adorns the faux-Roman buildings that are the oldest on campus, and soon, and most catastrophically, it was inside the African Studies Library, beneath which were held the University’s Special Collections: incunabulae, archives, the irreplaceable elements of any single library’s holdings.

We watched the fire that Sunday the 18th of April from across Table Bay, where we were spending the weekend. There was, in truth, nothing to see at that distance, but a cloud in front of the mountain called Devil’s Peak, where the University is situated, a scrap of smoke. Social Media, however, was a furious traffic of close-up images, so we knew what the smudge of smoke portended. It was like watching Pompei across the Bay of Naples: an idle helplessness and an appalled vigil. From the window where this is written in a university office two weeks later we can see burnt trunks of Virginia Creeper twenty meters away, and a consumed pine outside the women’s residence, and a great tarpaulin covering the hole where the fire jumped from the tree to the roof of the building. The area in front of the Library that burnt is cordoned off for ongoing work in evacuating the collections that were saved by fire doors triggered by the alarm system. Alas, many of the holdings are nonetheless sodden from the hoses of the firefighters and the tonnage of water dropped by firefighting helicopters.

There is something peculiarly traumatic about the sight of a library in flames. It’s no surprise that these images passed so fast across social media platforms. There is the generic horror of fire seen through windows and of hoses helplessly aimed at the same. But there is also the transgressive implication that lies at the heart of the library as a concept: that this institution of the storing and retention and conservation of knowledge uses paper, predominantly, historically, and that paper is the quintessence of the flammable. It is not only lost to fire, but prospers the fire that consumes it. The African Studies Library was, as is only proper in an African university, the jewel in the crown of the University’s holdings. Accumulated accessions lost included several thousand early African films, many tranches of government Publications, as well as all the material called up from the secured stacks and on hold for current readers. Luckily the fire screens in the basement did deploy and at this stage it seems that much of the University’s Special collections were saved, though many in a parlous condition after the waterlogging of the fire services. Most important of all, symbolically as well as in real terms, the Bleek and Lloyd archive of material collected from San convicts in the 19thcentury survived. This archive of thousands of pages comprises the folklore of a people whose colonial genocide has otherwise wiped a culture out of existence – and this of a first people most closely connected with the origins of all humankind. It is a UNESCO world heritage accession, and has been the source of lively and loving scholarship and translations and versions in poetry and in art. Synecdochally the Bleek and Lloyd Archive represents the survival of the inferno and the foundation upon which it must now be rebuilt.

The fire cuts cruelly across the moment in local and international academia. It destroyed the heart of the decolonising and transformational centre of scholarly engagement. But in doing so it presents us all with an important moment for the daring and reverent reconsideration of what an archive is and needs to be in our context. What is lost is tragic, but it was always only accessible to those with the magnetised strips on student and staff cards, or arranged access. It has never been an archive accessible to the homeless of Table Mountain or the city – the very people who are descended from and have succeeded in “disorderliness” the source-interlocutors of the Bleek and Lloyd Archive. And we live in a catastrophically unequal society, where the transient hearths of transient people are built on a windy peninsula in the south Atlantic within several hundred metres of these treasures accessible to the middle classes and those aspiring to them. It is a fault of a society built upon fault. The uncollected people and cultures of so-called “vagrancy” co-exist with incunabulae of Horace and Dante, on the same slope of the same Devil’s Peak, the collections of European collectors and now, more and more, of the transformational project of the university in a decolonial mode. But the Library has scarcely held the unheld, told the untold, accessioned the wayward and errant social subjects of apartheid colonialism and its ongoing legacy in economic and social injustice. In so many ways the cause of the fire is the most important thing about it.

Photos Lerato Maduna and Je'nine May University of Cape Town